Carbon in atmosphere 'could warm planet for centuries'

Global warming could continue for centuries even if carbon emissions were stopped overnight. 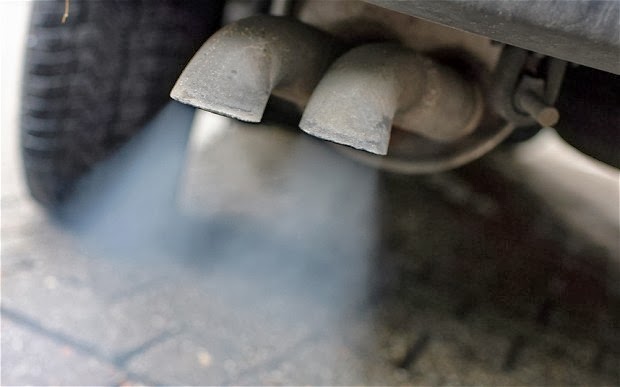 A diesel particulate filter captures small soot particles,preventing
them from being expelled into the atmosphere

Carbon dioxide which is already in our atmosphere could continue warming the planet for centuries even if new emissions were entirely halted, scientists claim.

A new analysis of future carbon emission scenarios found that it may take significantly fewer emissions for global temperatures to reach unsafe levels than previously thought.
Carbon dioxide, the most important greenhouse gas, has long-term effects because it can remain in the atmosphere for centuries after it is emitted.

To understand how long its influence on global temperatures will last, scientists produced a computer model of a scenario where all carbon emissions were immediately stopped after 1,800 billion tonnes had been released into the atmosphere.

The decreasing levels of carbon in the atmosphere should in theory have a cooling effect, but this would be outweighed by the fact the oceans will absorb less and less heat as time goes on.

Previous studies had suggested that global temperatures would remain steady or decline if emissions were suddenly stopped, but did not account for the declining capacity of the oceans to continue absorbing heat, the scientists claimed.

Eventually the warming effect of heat which is no longer being absorbed by the oceans and is lingering in the atmosphere will outweigh the cooling caused by declining CO2 levels, they said.
Results published in the Nature Climate Change journal suggest that after an initial century of cooling following the stoppage of emissions, the planet would then warm by 0.37C over a 400 year period.
Although the change sounds small, it is almost half the total amount of warming seen since the start of the industrial era which stands at 0.85C.

According to the Intergovernmental Panel on Climate Change, an increase of 2C or more above pre-industrial levels could result in dangerous effects on the climate system.

Experts have previously warned that to keep global temperature rises below 2C, humans must keep the total amount of carbon dioxide emitted in the industrial era below 1,000 billion tonnes, about half of which has already been released.

But the new study suggests the 2C benchmark could be reached with significantly lower carbon emissions.
Dr Thomas Frölicher of Princeton University, who led the study, said: "If our results are correct, the total carbon emissions required to stay below two degrees of warming would have to be three-quarters of previous estimates, only 750 billion tons instead of 1,000 billion tons of carbon.

"Thus, limiting the warming to two degrees would require keeping future cumulative carbon emissions below 250 billion tons, only half of the already emitted amount of 500 billion tons."

Posted by Tiny Tips And Tricks at 4:22 AM