The Clean Energy Revolution Is Happening-Now!

For decades, America has chased after the promise of clean, domestic energy, reports Energy.gov. But even as costs fell and technology matured, that clean energy future seemed to linger just beyond our reach. Critics often said this new world would “always be five years away.” Today, that is changing. By Amber Archangel 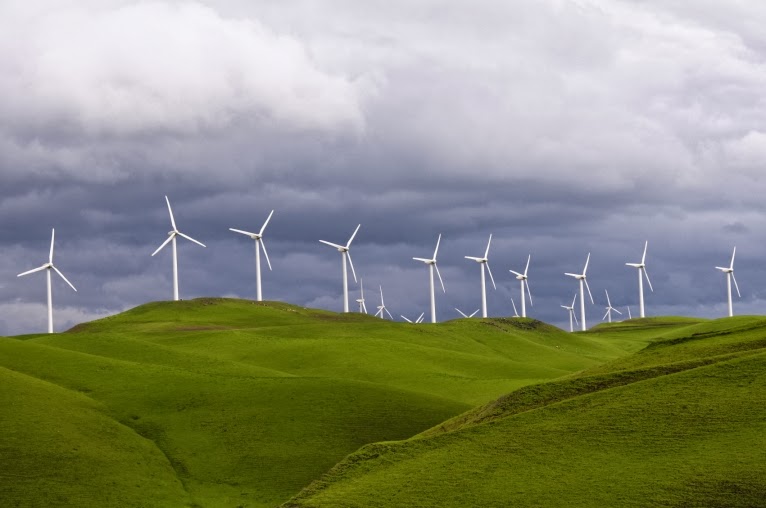 The accompanying surge in deployment has been truly spectacular. Such a surge is tantamount to topping the barricades — a level of cost reduction and market penetration that will enable a full scale clean energy revolution in the relatively near term. A new Department of Energy report, “Revolution Now: the Future Arrives for Four Clean Energy Technologies” documents this transformation and what it means for America’s energy economy. The clean technology revolution is upon us.

While these technologies still represent a small percentage of their respective markets, that share is expanding at a rapid pace and influencing markets.


As these new markets continue to expand, so will the challenges and opportunities associated with transforming America’ energy system. Already increased energy efficiency and distributed solar energy are posing challenges to traditional utility business models. America will have to invest in building a smarter, more robust and resilient electrical grid with an extensive network of EV chargers and new approaches to consumer bills. These challenges are in fact emblematic of success for America’s clean energy markets.

Since 2008, the price of solar panels has fallen by 75 percent, and solar installations have multiplied tenfold.

But why are these clean energy markets growing so fast? Policy plays an important role — and not just for renewables. For instance, from 1980 to 2002, the federal government’s production incentives for unconventional natural gas laid a foundation for that sector’s dramatic rise. Today, time-limited tax credits for wind, solar and electric vehicles, in concert with technology and manufacturing advances, are stimulating a similar market expansion.

Of course, these are also great products that bring real benefits to consumers.

For example, no one likes the hassle of repeatedly buying and replacing incandescent light bulbs. A mother who installs a quality LED fixture when her child is born will not need to replace it until that child goes to college — or even graduates. By that time, each LED light she installs will have saved her about $140 in electricity costs. By 2030, LED lights will save Americans $30 billion a year on energy alone.

Forty years ago, an oil embargo sparked panic, rationing and fuel lines across America. But today, Americans can declare their independence from oil, skip the gas lines and recharge at home for the equivalent of about $1.22 a gallon – as opposed to $3.56 for gasoline. We call this low-cost electric fuel an eGallon, and — depending on where you live — eGallon savings can be quite compelling. For instance, in Washington State a gallon of gasoline is almost $4, but the equivalent eGallon costs only 85 cents because of clean, low-cost electricity.

These market revolutions are enabled by robust private-public partnerships for research, development, demonstration and deployment — including some sizable investments from the Energy Department. And this Administration’s Climate Action Plan, which calls for commonsense steps to reduce carbon pollution and address the effects of climate change, will further accelerate the development and diffusion of these, and other, transformative energy technologies.

Today, we can finally say with confidence that America is witnessing the shift to a cleaner, more domestic and more secure energy future. It is not a faraway goal.